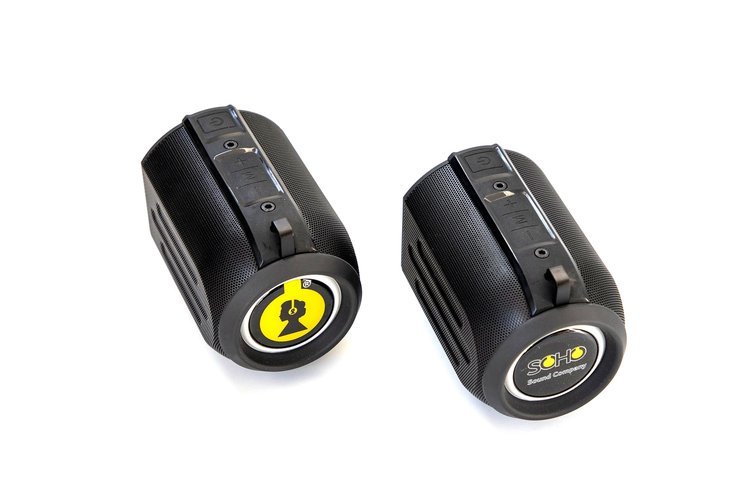 Combined, a 20w wireless speaker. 52mm drivers on each side and very easy to use. Simply switch both the Cylinders on and connect your devices Bluetooth to the SOHO CYLIDERS… footloose and fancy free… take it to the BBQ, the beach, the hotel, the party or the bar mitzvah we don’t discriminate! Just listen to great music as much as you can!

SOHO Cylinders are made from strong steel with a perforated grille, allowing sound waves to travel through effectively and also protect the drivers from the outside. Weight is just under 1 KG as a whole unit when splitting it in 2 you can throw these around like they are toys! The function buttons are rugged so will not damage easily but give you a sense of ‘yes i clicked to the next track’.

Thomas Edison was a rather clever old boy wasn’t he. Invented the Light bulb but also had his hand in the recording and playback of audio.

At Soho we like to represent something, not just another product like someone else’s, we want to get some perspective on where it came from and what made it better through the year.

So when deciding on a portable speaker we knew it had to be something that takes the past and slaps it into the present day.

Cylinders are essentially 2 portable TWS speakers that can be used individually or as a stereo pair.

Give one to your friend and let them listen to their death metal in the kitchen, whilst you use yours from something a little less stressful in the living room, then combine forces and play an album using both Cylinders paired to one device in wonderful stereo sound.