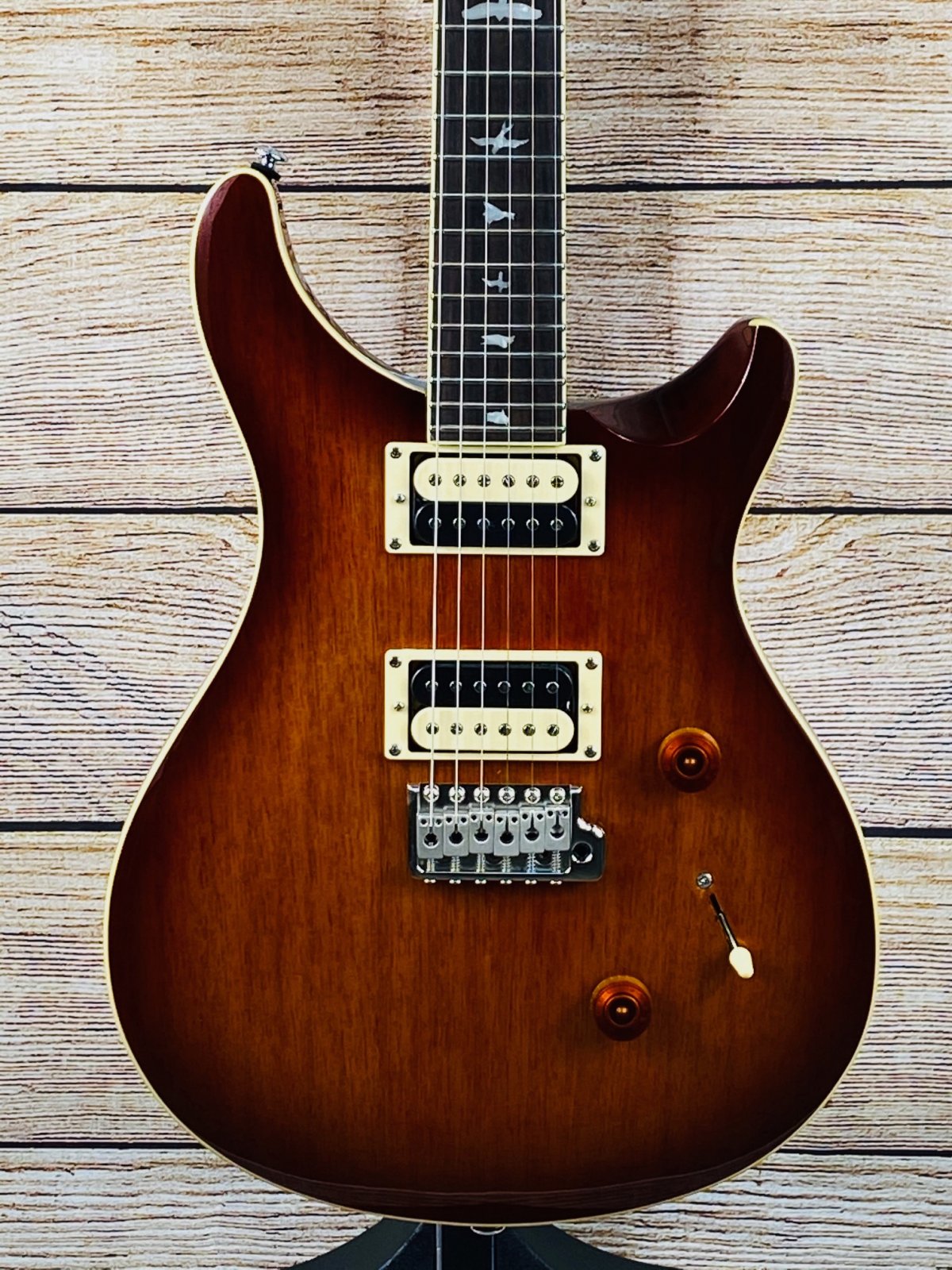 The PRS SE Standard 24 is an outstanding first guitar that could become your last. It faithfully recreates the foundational design of the Custom 24, the flagship model from PRS. The body is all mahogany; the maple neck has a rosewood fretboard, graced with trademark PRS bird inlays.

Sonically, the SE Standard 24 is superior with dual 85/15 "S" humbuckers. They'll handle any musical style you throw at them. Same story for the PRS patented molded tremolo—work it hard or soft, it's always smooth. In a nutshell, SE Standard 24 is a modern instrument with a powerful voice. If you're looking for a solid, reliable guitar with style, you can't do better.