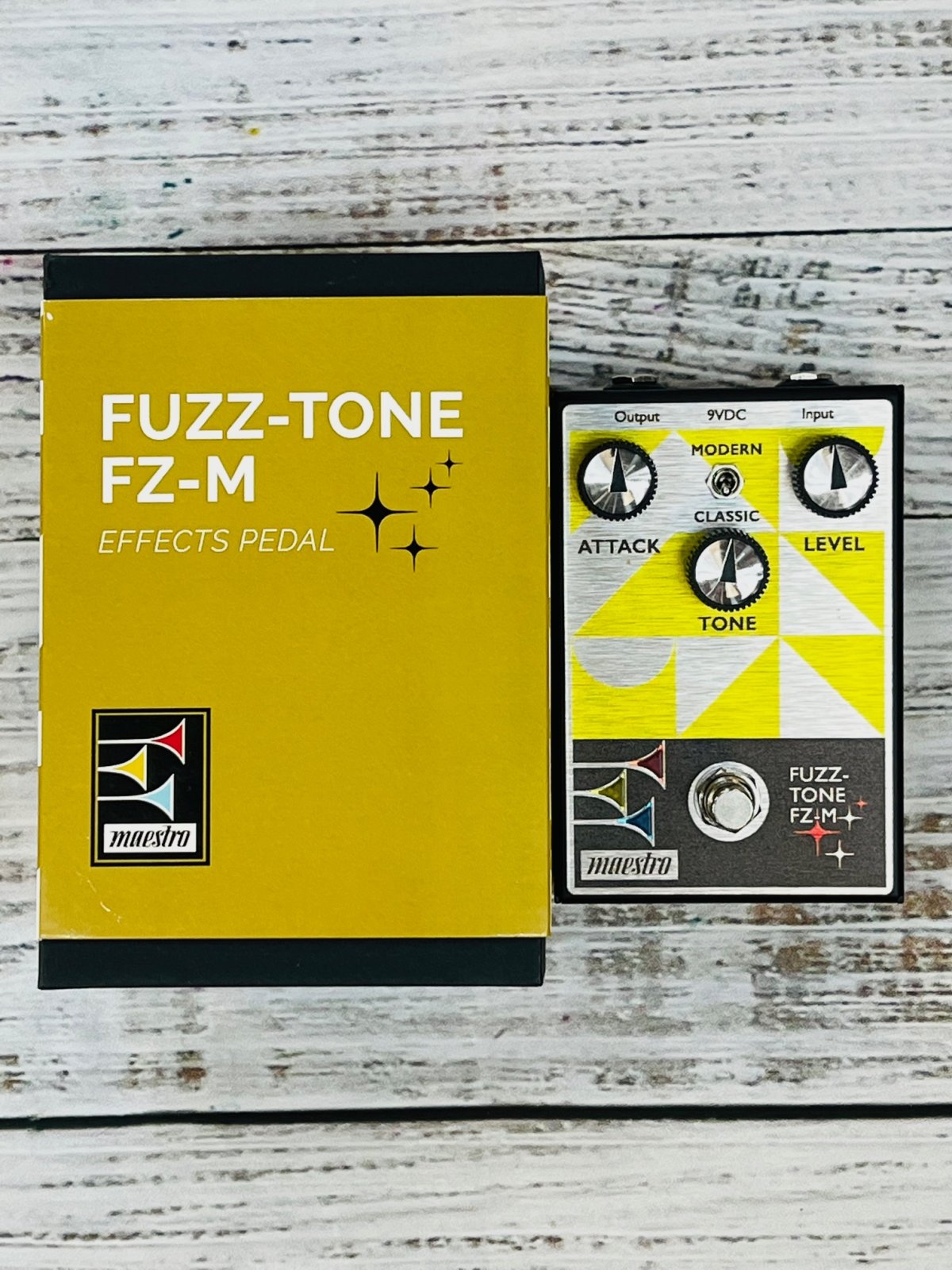 Introduced in 1962, the Maestro Fuzz-Tone FZ-1 was the world's first fuzz pedal. It soon become the sound of rock and roll and a must-have accessory for guitarists everywhere after the success of 1965’s "(I Can’t Get No) Satisfaction" by the Rolling Stones, which prominently featured its cutting-edge sound. Maestro brings the fun and sonic fury of those early Fuzz-Tones back with the Maestro Fuzz-Tone FZ-M.

This all-analog pedal boasts a Mode toggle switch that provides two pedals in one for increased sonic versatility with both an FZ-1 inspired fuzz sound and a thicker, more modern fuzz tone. Its 3-knob control layout gives you intuitive control over every aspect of the distortion. The Attack knob controls the amount of fuzz while the Tone control lets you adjust the timbre from bright and raspy to warm and wooly and anywhere in between. Use the Level control to set the output volume; it can go way beyond unity gain when desired. A true-bypass footswitch triggers the LED lights in the bugles in the Maestro logo when it’s on, so you’ll always know when the effect is active.