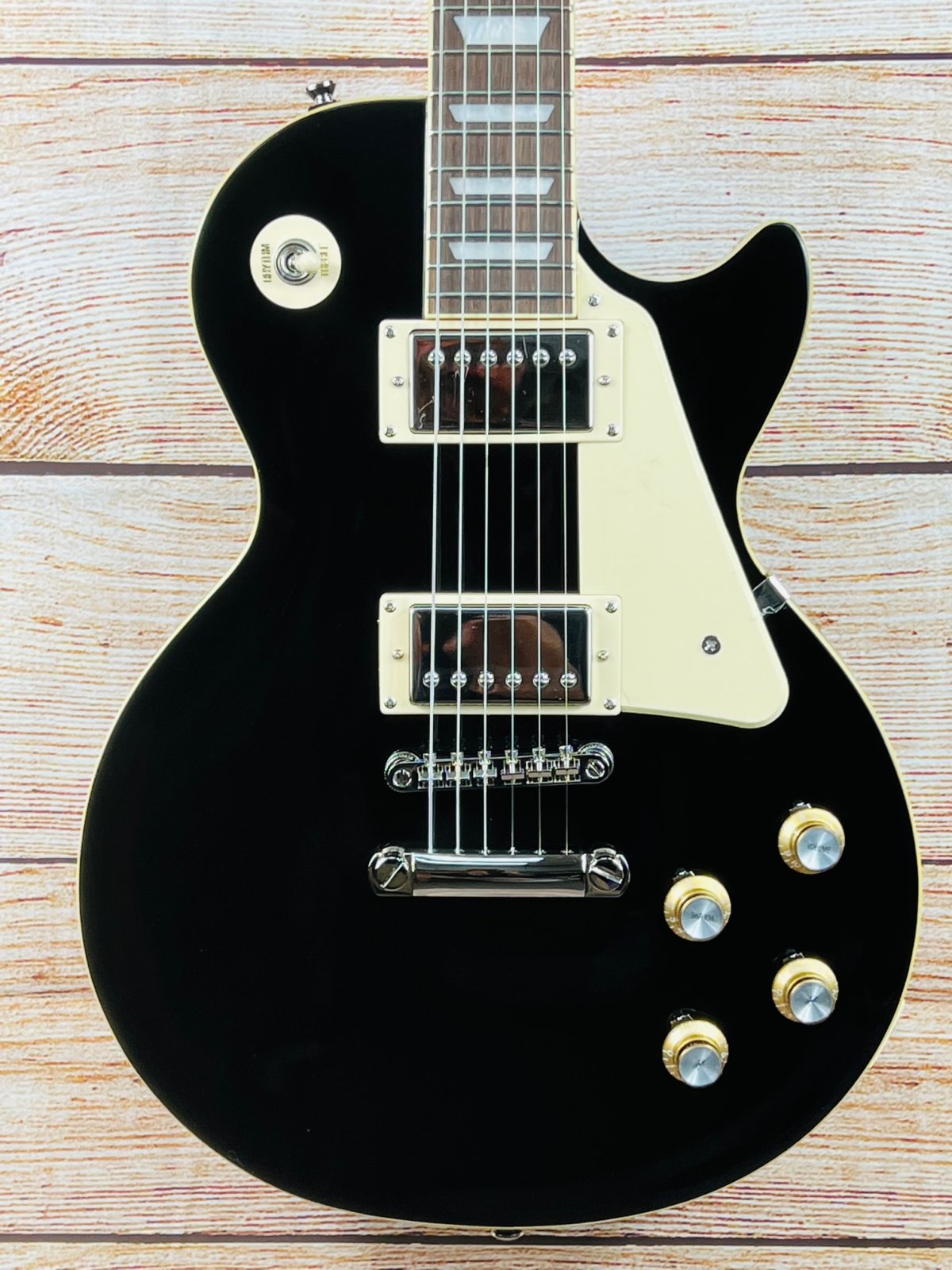 After production of the earliest Gibson Les Pauls was stopped in 1960, demand for them began to steadily grow throughout the remainder of the decade. The biggest names in rock were using vintage Les Pauls during this time and it became clear that their burgeoning popularity could not be ignored. Reintroduced in 1968, the Les Paul has been in production ever since. It is these late ‘60s era instruments that fueled the design and build of the Epiphone Les Paul Standard 60s model.

With a ProBucker-2 in the neck position and a ProBucker-3 in the bridge position, a wide variety of bold, heavy, and driven tones are at your disposal. This guitar can change character as well – the Epiphone Les Paul Standard 60s can also bring the clean, shimmery, and round tones to your sonic color palette.