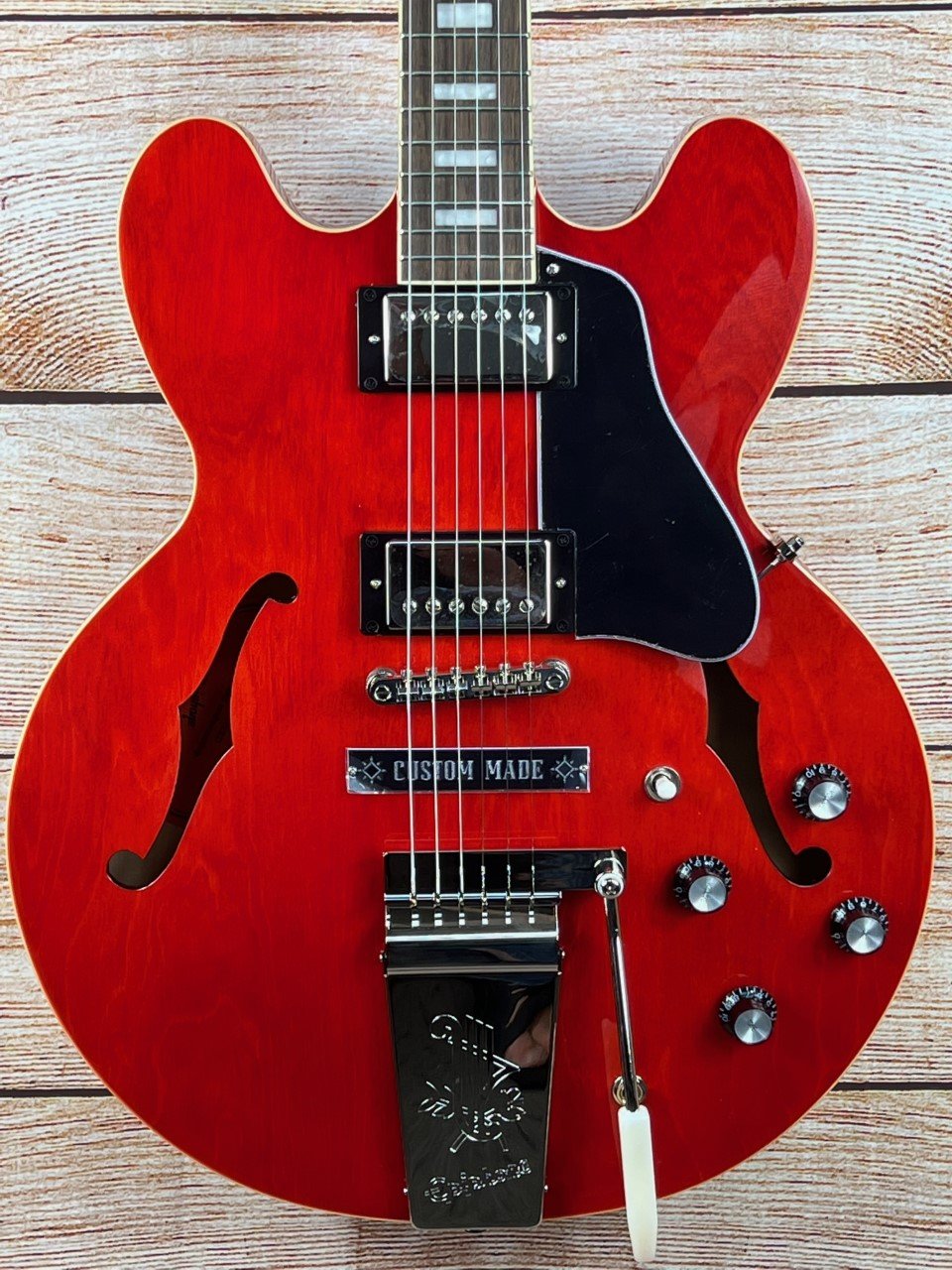 Some guitars are more special than others, even when that guitar is owned by a world-famous guitarist and guitar collector like Joe Bonamassa. In 1996, he purchased a red 1962 Gibson ES-335 and used it on his first solo album, A New Day Yesterday. In 2001, he regrettably sold the guitar to help fund his move from New York to LA. As the 20th anniversary of Joe’s first record approached, a strange twist of fate and an unexpected phone call resulted in Joe being reunited with his old friend, the red ES-335 that propelled him through his first solo effort and launched him into a new life on the West Coast. Feeling fortunate to get his old guitar back, Joe promised that this important instrument would stay with him for the rest of his days. The Epiphone Joe Bonamassa 1962 ES-335 is a tribute to a legendary guitarist and one of his cherished instruments. It features a one-piece mahogany neck with an Indian laurel fretboard and a comfortable rounded C profile, Gibson BurstBucker™ 2 and 3 pickups wired to CTS® potentiometers and Mallory™ capacitors, A Switchcraft™ pickup selector toggle switch and output jack, and a Maestro™ Vibrola™. A custom hardshell case with Epiphone and Joe Bonamassa graphics and a certificate of authenticity are also included.