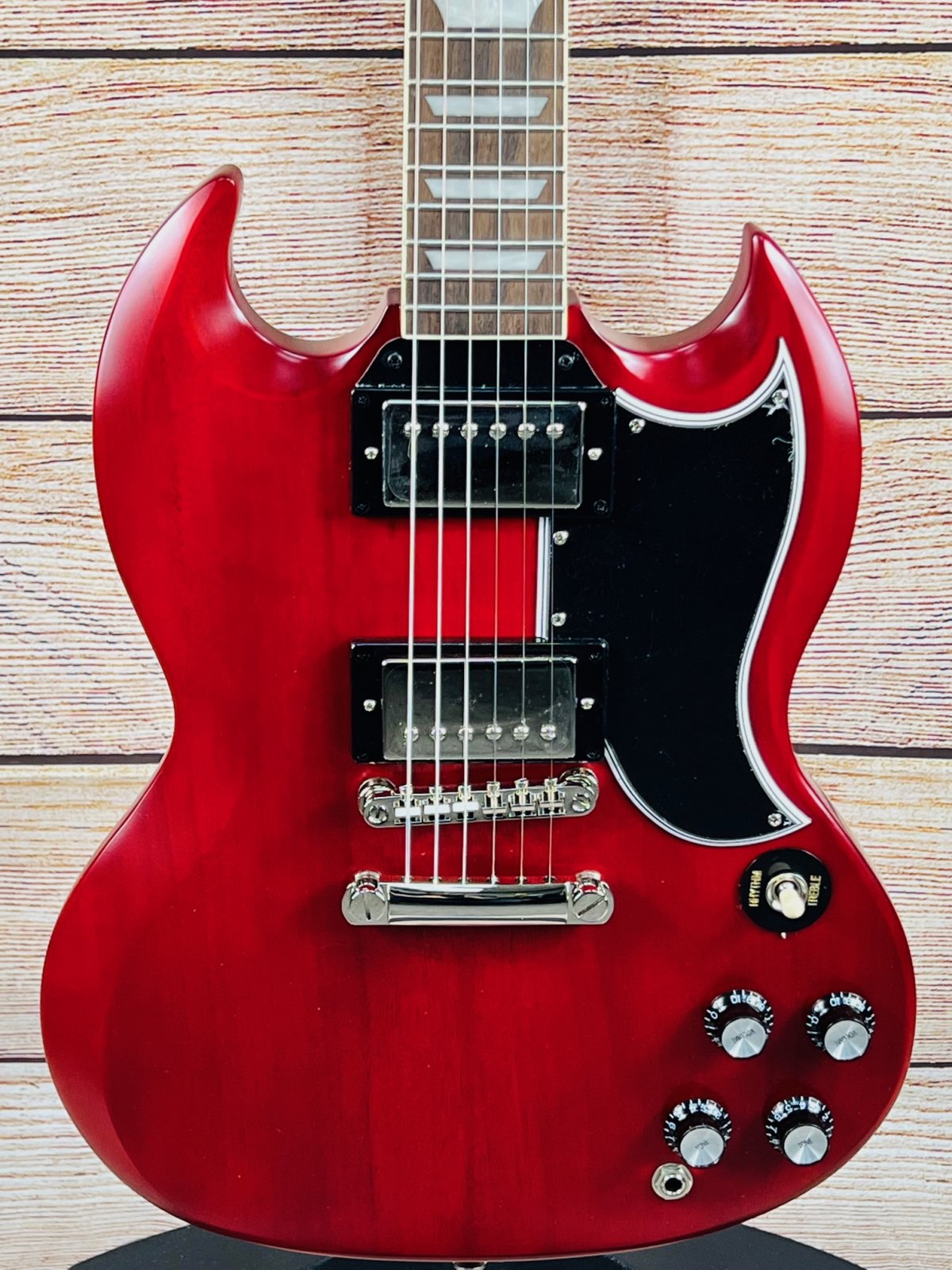 Developed in Partnership With the Gibson Custom Shop, This SG is Ready For Every Stage

Made in partnership with the Gibson Custom Shop, this Inspired by Gibson™ model is Epiphone’s impressive recreation of one of the most important and popular guitar designs of all time. The Epiphone 1961 Les Paul™ SG™ Standard pays tribute to the legendary original - the very first SG. In 1961, the original shape of the Les Paul model went on hiatus, replaced by an all-new design that is known today as the SG or “solid guitar.”
Featuring a two-piece solid mahogany, double-cutaway body with Custom Shop Historic bevels, it also has the one-piece mahogany, fast-playing SlimTaper™ C-shaped neck profile of those legendary early Les Paul SG models.
It also has a historically inspired long pickguard and comes equipped with a pair of Gibson™ BurstBucker™ humbucking pickups wired to CTS® potentiometers and Mallory™ capacitors, a Graph Tech® nut, and Switchcraft® output jack and toggle switch. T
he Epiphone Deluxe tuners feature a historically inspired double ring design. It is available in Aged Sixties Cherry. Of course, all of the legendary SG styling and cosmetic touches are here too, and a vintage-style hardshell case is also included.