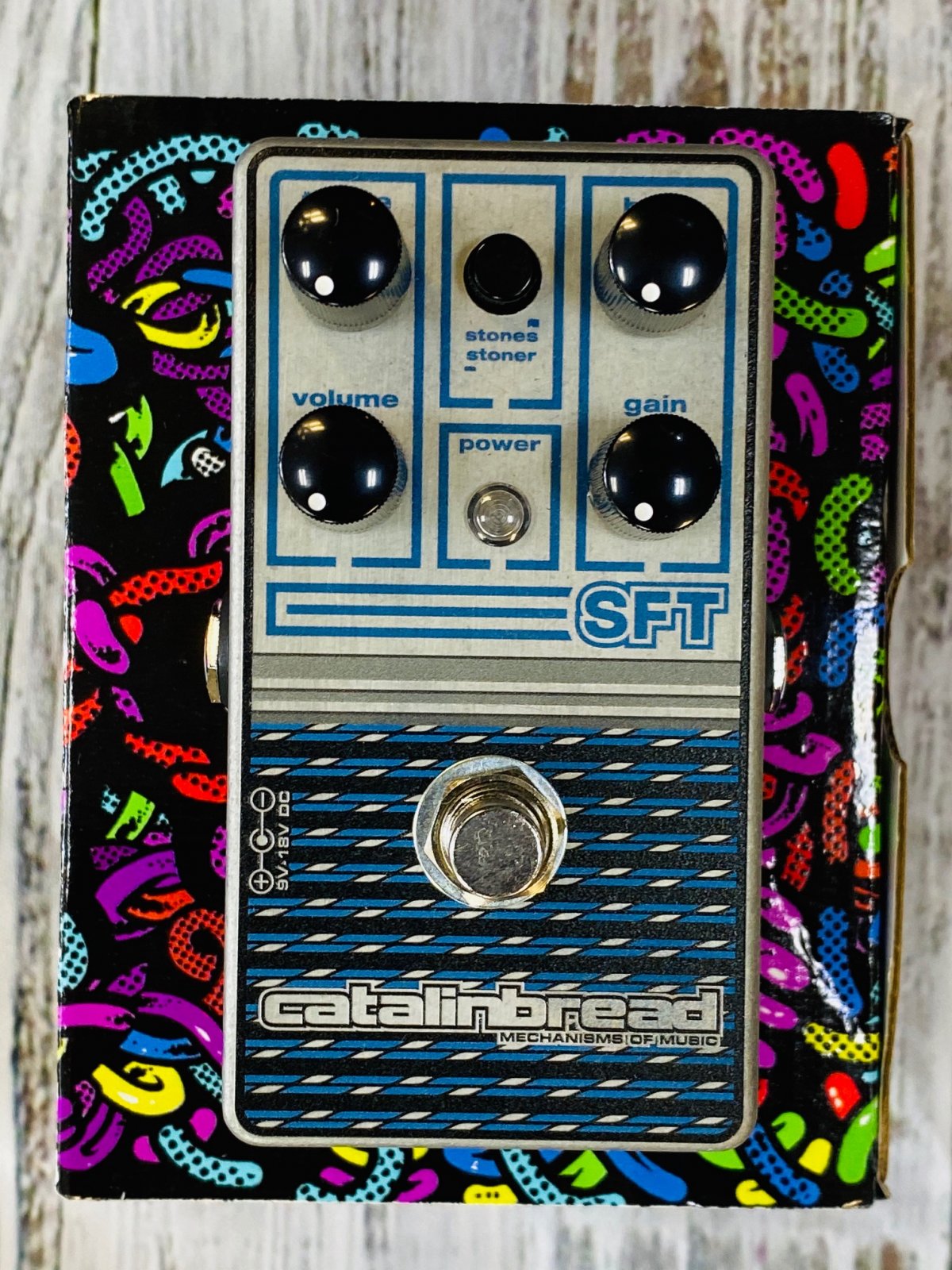 Catalinbread brings you another Foundation series overdrive pedal that doesn't just re-create the sound of an era — it re-creates two eras! From Keith Richards' jangly Ampeg-driven '69 to mid-'70s sound to the dirty desert rock sound of the late '90s to mid-2000s, the SFT Ampeg-voiced overdrive pedal carries two distinct personalities in its chassis. It accomplishes a Jekyll and Hyde–like transformation via a topside Stones/Stoner button, and Treble, Bass, Volume, and Gain knobs round out the control surface (along with the rugged footswitch, of course). Add in some shrewd manipulation of your guitar's onboard controls, and you have the "foundation" for a super-versatile overdrive pedal.